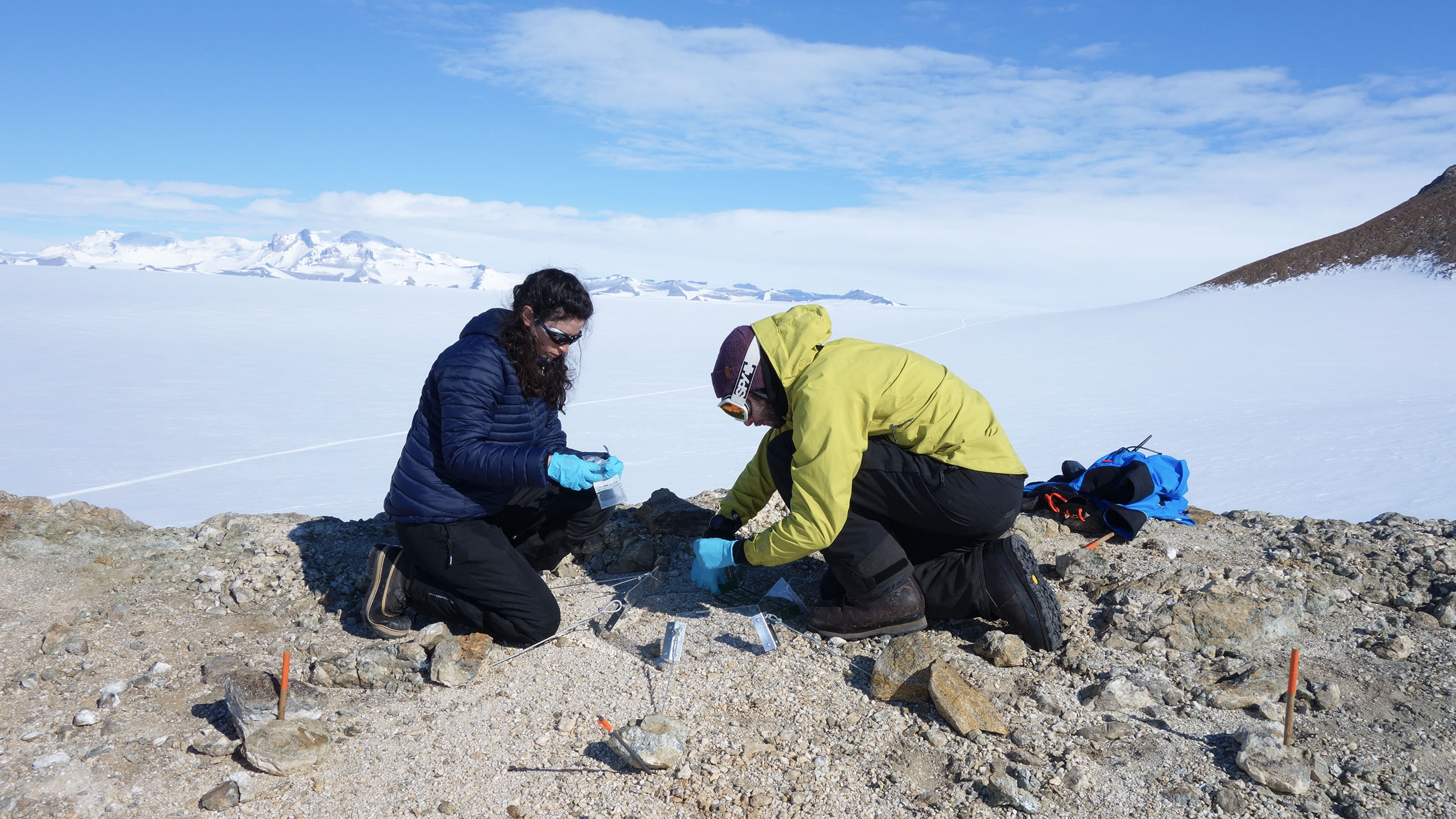 Valentina Savaglia, a young doctoral student at the Center for Protein Engineering (InBios-CIP - Faculty of Science), is participating for the second time to the MICROBIAN project's Antarctic field campaign. The project, funded by the Belgian Science Policy (BELSPO - BRAIN-be), focuses on the effects of climate change on biodiversity in extreme areas of Antarctica.

ntarctica, the southernmost continent on our planet, is also the coldest and driest continent in ice-free areas, with habitats that are quite extreme and not conducive to the development of life. However, if microclimatic conditions allow it, we can find living communities, often composed of microorganisms, lichens, mosses and invertebrates. It is in the remote regions of the Sør Rondane Mountains, which have so far been little studied by scientists, that Belgian researchers will take samples in order to study the impact of climate change on the evolution of many organisms. The MICROBIAN project, in which the University of Liège is participating, aims to study the effects of climate change on the diversity and genetic and functional attributes (nutrient and carbon cycle) of soil microbiomes in continental Antarctica. 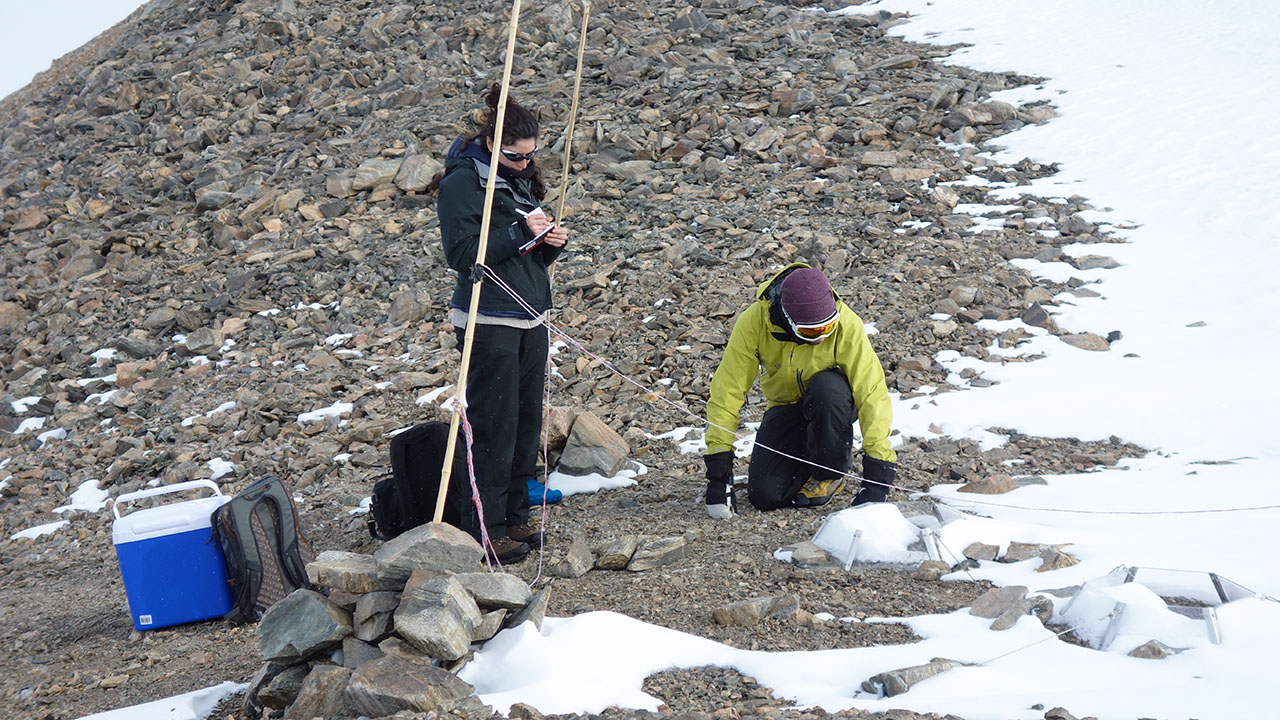 Valentina Savaglia, a doctoral student at the Center for Protein Engineering (CIP), is participating for the second time to the field campaign that has just begun for a month. "It should be noted that the Antarctica's few ice-free areas are among the most extreme terrestrial environments" explains the researcher. Life in these areas is dominated by microorganisms and food chains are truncated, which has an impact on the consumption of organic matter by metazoans." The scientists' field of study is located in the Sør Rondane Mountains region, which includes nunataks (steep rocky peaks that rise above the ice) and mountain ranges at an altitude of over 1000 metres, and 180 kilometres inland. This region is much less studied than the ice-free coastal regions and the McMurdo Dry Valleys, which also include mountainous areas. Scientists will take many samples which will then be brought back to the laboratories and studied in order to:

"Studying and understanding the evolution of these communities under extreme conditions is crucial," explains Valentina Savaglia. Elucidating the factors that shape biodiversity and control the contribution of these microbiomes to biogeochemical processes would allow us to provide a scientific basis for their mapping and establish a classification of their habitats in order to develop conservation and environmental management strategies."

The MICROBIAN project will significantly contribute to two scientific research programmes in biology of the Scientific Committee on Antarctic Research (SCAR):

The project is also part of the SCAR ANTOS (Antarctic near-shore and terrestrial observing system) interdisciplinary working group, which aims to establish an integrated and coordinated transcontinental and transregional environmental monitoring system to identify and monitor environmental variability and change at biologically relevant scales, and to use this information to inform biological, physical and geological studies and to promote exchanges between these research fields.