Yes, dinosaurs suffered from cancer too 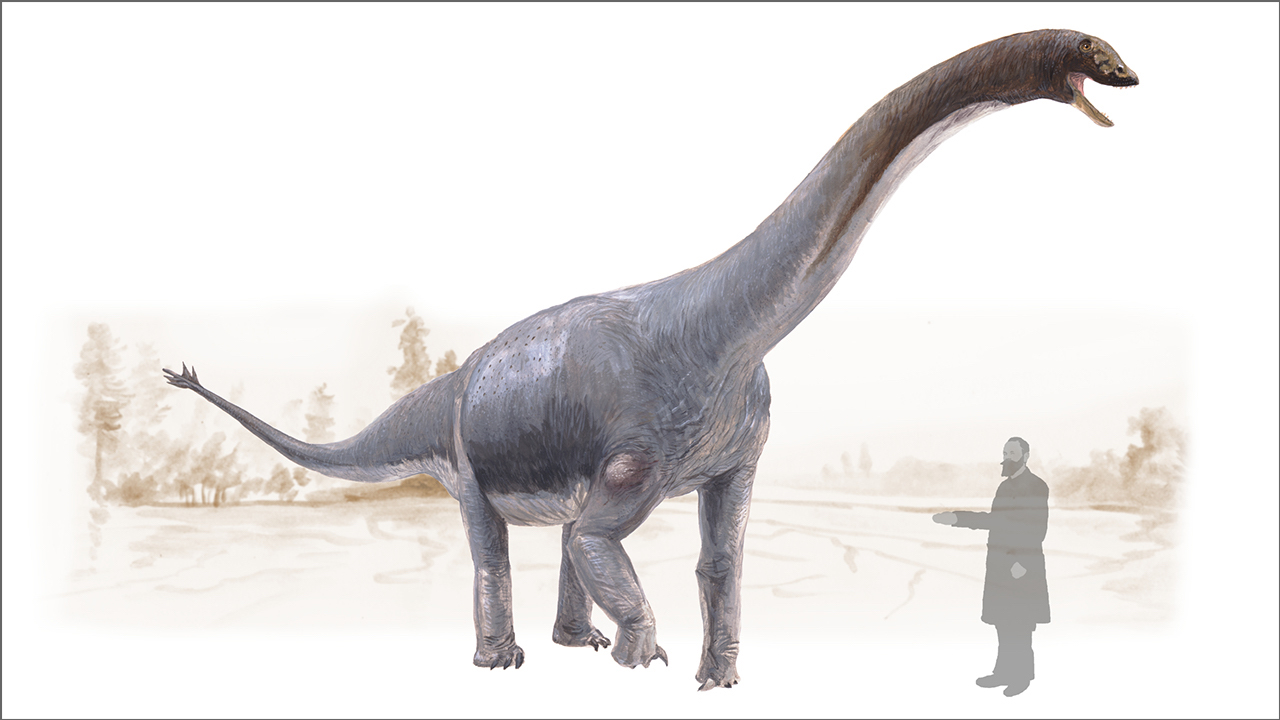 The origin of bone cancers, tumours, and infections go back deeply into the evolutionary history of vertebrates and have affected a wide range of organisms. A team of researchers from ULiège and the VUB has just reinforced the idea that sauropods, the largest dinosaurs that lived on Earth with characteristic long necks, were prone to develop bone diseases such as cancers. This research is being published in the scientific journal Philosophical Transactions B.

ancer, tumour, and infectious conditions are ancient pathologies. This is the conclusion of a study carried out by Benjamin Jentgen-Ceschino, PhD student at the EDDyLab (Geology Research Unit) of the University of Liège, in collaboration with researchers from the AMGC (Chemistry Department) of the Vrije Universiteit Brussel (VUB) and which adds to existing data on bone palaeopathology, particularly in dinosaurs. To do so, the research team studied bone samples from sauropods, the group including the longest and heaviest dinosaurs, which were collected during a previous research project by Dr. Koen Stein, paleontologist at the VUB and co-author of the study. "When I sampled these dinosaur bones in 2008 for my own doctoral research on sauropod bone growth, I noticed that they featured aberrant bone tissue, but I never had time to describe and analyse them in detail. It is through Benjamin's painstaking work, who analysed tens of medical and veterinary cases that the team managed to narrow down the potential causes of these diseases".

The researchers thus studied thoroughly bone tissue samples from individuals of primitive sauropod species, namely Spinophorosaurus nigerensis and cf. Isanosaurus, both of them revealing patterns of development likely being the expression of a cancer, tumour or virus. “ We observed different types of conditions," says Benjamin Jentgen-Ceschino, first author of the publication. In a bone sample of cf. Isanosaurus from the Early Jurassic (ca. 200 million years ago) of Thailand, we see no further growth of the animal beyond growth of thin spicules on the bone surface. This means that the animal died shortly afterwards.” These spicules -  thorn-shaped bone tissue with abnormal perpendicular development to the outer surface of the bone - are typically associated with malignant bone tumours and thus fit the hypothesis of a malignant bone cancer in this individual.

The team also report on abnormal bone spicules in a sample of bone tissue from the dinosaur Spinophorosaurus recovered from Jurassic rocks of Niger, similar to those found in cf. Isanosaurus. But this time, the animal survived the pathology, and continued to grow and produce normal bone tissue afterwards. “It may have been a reaction to a benign tumour or a viral infection, but the rest of the skeleton of this particular individual also has shows several other pathologies, indicating this individual of Spinophorosaurus studied here suffered from multiple times from different types of trauma during its lifetime," Benjamin Jentgen-Ceschino says. 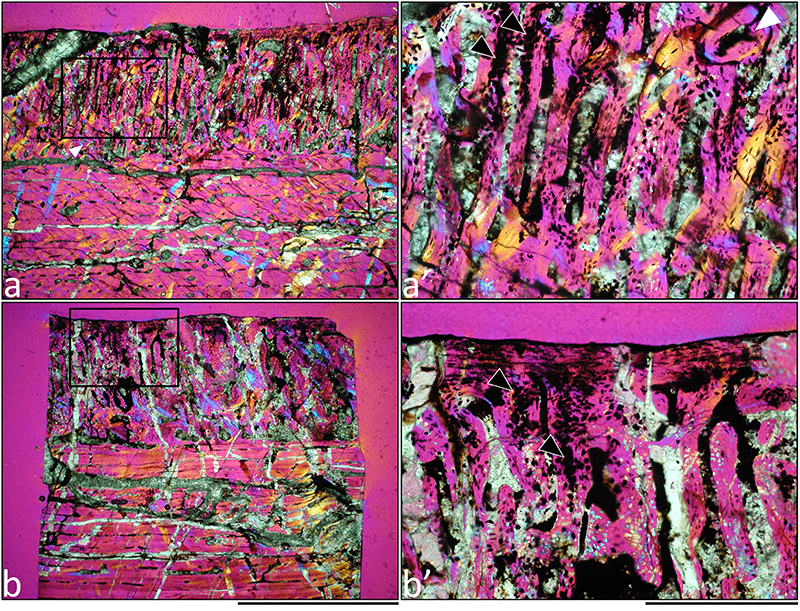 This study, which demonstrates that bone pathologies such as bone cancers or infections are conditions that have existed and spread to a wide range of organisms for hundreds of million years, is crucial as the fossil record cancers are scarce. “This study also suggests that many fossil pathologies have probably been left unnoticed so far as the two dinosaurs we sampled did not show any clear external signs that could have predicted the existence of the pathologies since the pathological tissues were actually hidden in the bone", concludes Valentin Fischer, director of the EDDyLab.

Further studies of this type could perhaps reveal the onset of other bone diseases earlier than previously thought and contribute to a catalogue of pathologies preserved in fossil bone tissues. It is crystal clear that many discrete pathologies will remain invisible or even unknown until they are put under the microscope, either voluntarily or by accident.