Bali, the island of the sacred monkeys 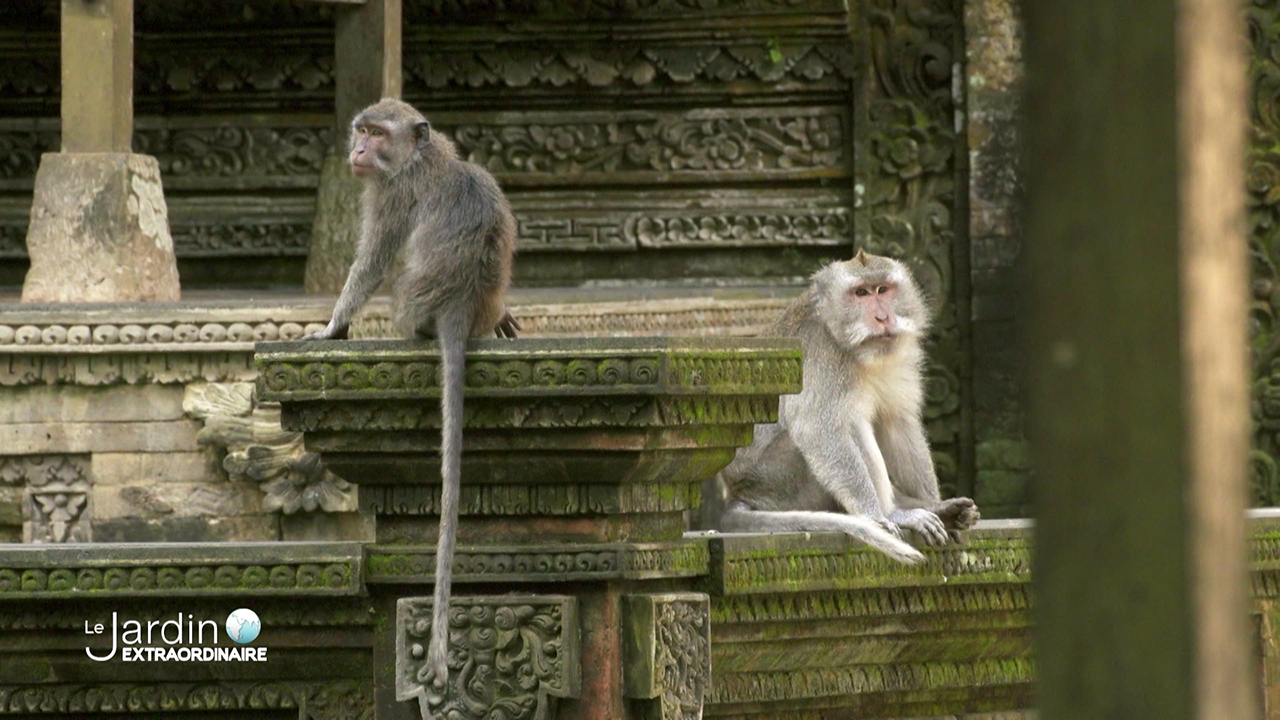 The Team of the belgian show "Le Jardin extraordinaire" (RTBF) focused on the research carried out by Fany Brotcorne and the collaborators of the Primatology Research Group (SPHERES Research Unit / Faculty of Science) in the city of Ubud in Indonesia, where the coexistence between monkeys and humans, which has become a conflict, must find a favourable outcome while respecting the animal and its environment.

aki, muriqui, aye-aye, galago, tarsier... Have you ever heard these names? Unlike charismatic apes such as gorillas, bonobos and orangutans, most primate species remain largely unknown to the general public. However, there are currently more than 500 species of primates on our planet, divided into 79 genera. After chiropterans (bats) and rodents, it is the order of mammals with the most species, naturally present in nearly 90 countries. While they are very diverse, they are also highly threatened: more than 60% of species are classified as endangered on the red list of the International Union for Conservation of Nature (IUCN). The main reason for this is their dependence on tropical forests, an ecosystem that is massively exploited and modified by humans. Issues of primate population conservation and management have become inseparable from the fundamental research conducted by scientists.

At the University of Liège, Fany Brotcorne and her collaborators of the Primatology Research Group (PRG / Faculty of Science) are devoting increasing importance to the study of the behaviour and ecology of primate populations in disturbed, even totally anthropized environments, i. e. dominated by human activities. Studies conducted within the group focus mainly on the impacts of anthropogenic pressures, how primates respond to them and their implications for management and conservation. As a direct consequence of human growth and the growing need for space, cohabitation with primates is becoming more and more conflictual in many sites. This is the case in the city of Ubud, on the island of Bali in Indonesia, where crab macaques have gradually faced the scarcity of their forest habitat by adapting to life in the city where they successfully exploit food resources, enjoy the lack of natural predators, and therefore reproduce at rates much higher than those observed in their forest counterparts. Today, this population in Ubud is characterized by a particularly high local density that has negative effects on their living conditions and those of their human neighbours. This critical situation has led local managers to seek the help of the Belgian-Balinese team of primatologists to ethically control the births of these monkeys, who in the Hindu religion are sacred and protected.

Tanguy Dumortier followed Fany Brotcorne and his collaborators on site in Ubud as part of the implementation of a global management campaign aimed at sterilizing a certain number of female monkeys in order to reduce overcrowding and mitigate conflicts in the Balinese city. This multidisciplinary project, like others deployed by the PRG, was made possible through long-standing collaborations with international institutions in Indonesia and elsewhere in the tropics.