Discovery of the existence of circumplanetary disks 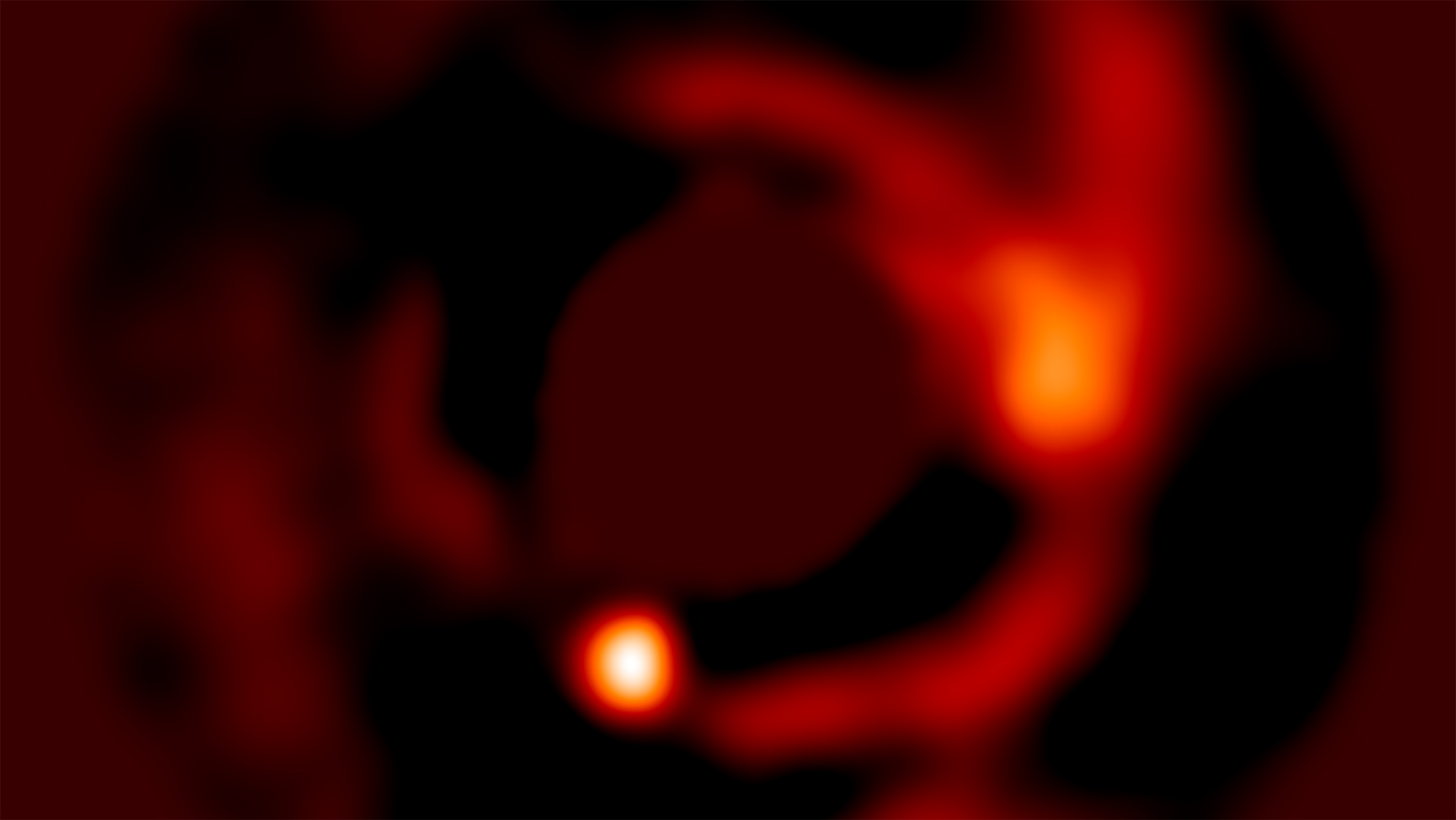 An international team of researchers led by the University of Monash (Melbourne), in which participated Olivier Absil, an FRS/FNRS researcher at the STAR Institute in ULiège, proves the existence of circumplanetary discs. These gas and dust discs, which surround nascent planets, have been predicted by theoretical models of planetary formation for several decades. This important discovery provides a better understanding of how the giant planets in our solar system were formed. These results were published in Astrophysical Journal Letters.

his international study led by Valentin Christiaens, a graduate student from ULiège and currently postdoctoral fellow at the Monash School of Physics and Astronomy (Australia), provides the first evidence of the existence of circumplanetary discs. The study that has just been published in the Astrophysical Journal Letters (1) focused on a planetary system still in formation (only a few million years old), located 370 light years from the solar system.

"These results help us to understand how our 4.6 billion-year-old solar system came into being and how we got there," explains Valentin Christiaens. To carry out its observations, the research team used the SINFONI instrument at the Very Large Telescope (ESO, Chile) to obtain infrared images of an emerging giant planet at different wavelengths. "These observations and the innovative method we have put in place have allowed us to provide the first evidence of the existence of a disc of gas and dust that surrounds a planet - known as a circumplanetary disc. »

"A nascent planet is very difficult to observe unlike the star around which it orbits," explains Olivier Absil, director of the PSILab (STAR Institute). We had to model and subtract the brightness of the star in order to be able to discern the planet in formation. The analysis of the planet's infrared light then allowed us to deduce the presence of a circumplanetary disc. Despite an intensive search, these objects had so far escaped detection. »

The characteristics of the great moons of Jupiter discovered by Galileo (Io, Calysto, Ganymede and Europa) and those of other gas giants, have long suggested to researchers that they were born in such a disc. Theoretical models and numerical simulations over the past decades have reinforced this hypothesis. This discovery therefore suggests that theoretical models of giant planet formation are not too far off the mark.

This publication is the result of a long hunt for circumplanetary discs. "Our work adds another piece to the puzzle of the formation of giant planets, the first piece of which was laid by Galileo four centuries ago through the discovery of Jupiter's four major moons," concludes Valentin Christiaens. 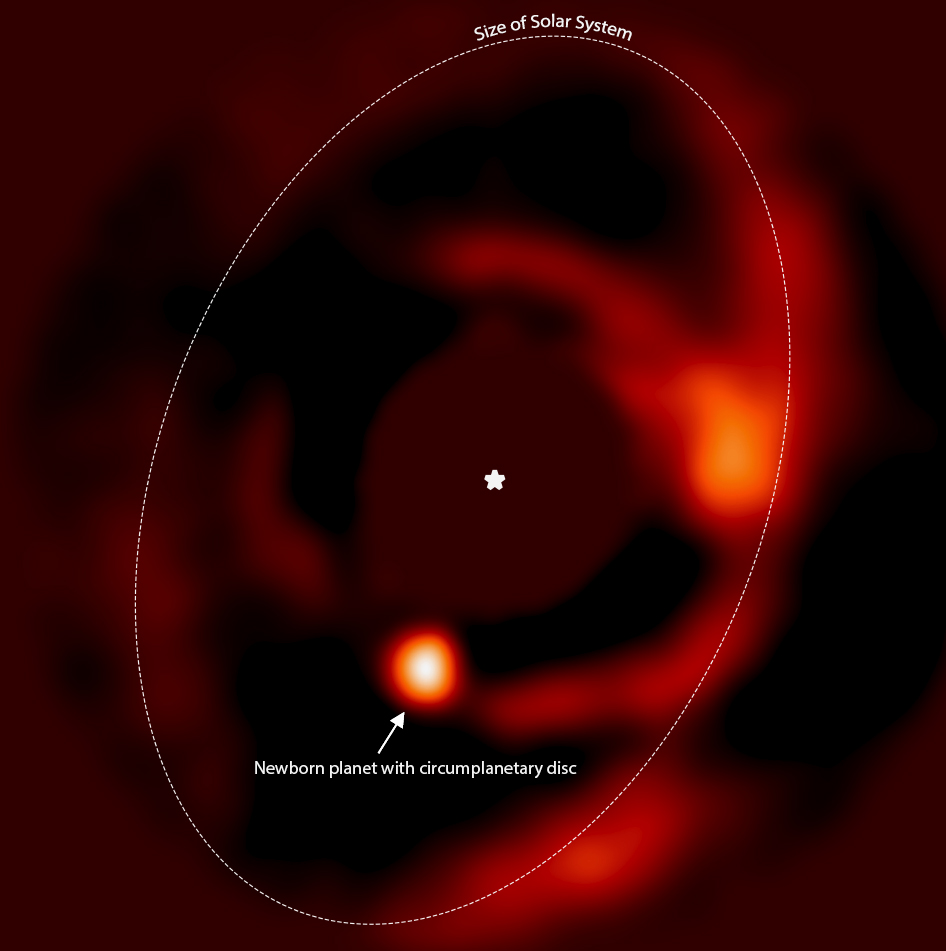 Infrared image of the nascent planet PDS 70 b and its circumplanetary disk, within a large protoplanetary disk surrounding the star (its position is indicated by an asterisk). The size of the Solar System is given for comparison purposes. Credits: V. Christiaens et al / ESO.

(1) Evidence for a Circumplanetary Disk around Protoplanet PDS 70 b